Write for us: learn about our guest posts guidelines.

It is the last part of the tutorial that tells about developing a website by using Webix UI library and Java framework Struts 2. If you haven’t read the previous parts yet check the first and the second parts in the Webix blog.

Nowadays nobody is interested in static data. That’s why our website should be able to download a list of events and reports from database and save all the implemented changes. We will use the most popular database MySQL.

The database structure is simple. It is represented in the image below. We will use two tables for storing events and reports. Each record in the table “speakers” contains the event_id a certain report is related to. 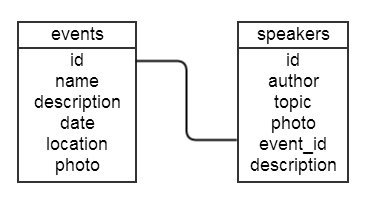 END_OF_DOCUMENT_TOKEN_TO_BE_REPLACED

This article is the continuation of the previous blog post that refers to developing a basic website functionality with Webix and Struts 2.

In this part you’ll know how to create the pages “Forthcoming Events” and “Contacts” as well as how to add the information about events and then manage it.

The page with coming events will look this way: 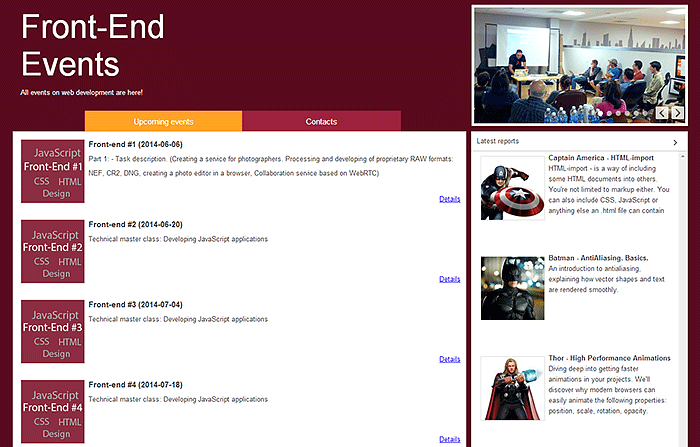 END_OF_DOCUMENT_TOKEN_TO_BE_REPLACED

Day by day the world is getting faster. News is being spread around the world within minutes while the search for information is reduced just to surfing the Internet. Nowadays developers don’t spend months or years on the implementation of new ideas, this process can take just a couple of days or maybe weeks. At the same time, the process of developing web apps and sites is going up to a new speed level.The tools of building websites are getting smarter and even easier to use.

Code generators, autocomplete, code analyzers, libraries and frameworks have settled down in the developers’ life. They let reduce the time of site development to the minimum. The Internet itself is developing together with these tools.

Not long ago sites have presented static data while their functionality has been rather minimal. Today sites are fully-functional applications which allow performing the actions that earlier have been available on desktop only. One of the tools for fast building of a web app’s interface for both mobile and desktop devices is Webix, a JavaScript UI widgets library.

Let’s consider an example of creating a site aimed for announcing future conferences on front-end development with the help of Webix and a Java-framework Struts 2. It will look as follows: 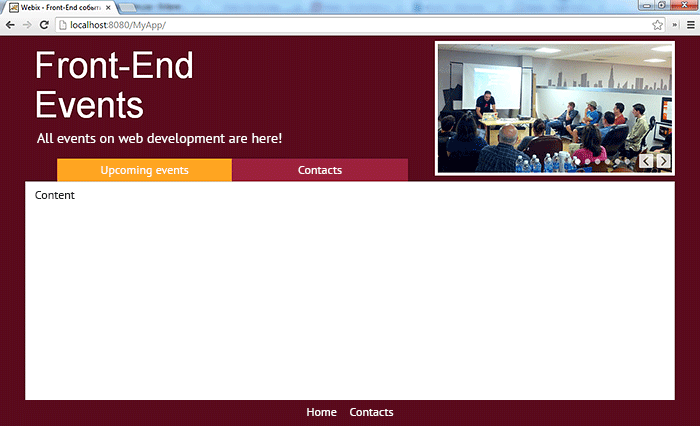