Write for us: learn about our guest posts guidelines.

Kanban boards allow visualizing the workflow in an easy and intuitive way. And Webix has a tool that allows you to create your own Kanban Board.

There’s already a well written guide that describes how you can use the Webix Kanban Board widget. This time we’ll take a look at some tips and tricks you can use to customize the existing project management application.

First of all, the basics. Here’s how you can create a simple Kanban Board:

And here’s the result: 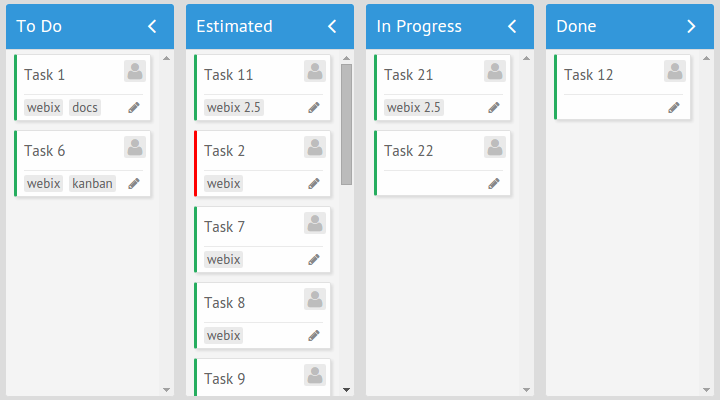 END_OF_DOCUMENT_TOKEN_TO_BE_REPLACED

We are glad to announce our small but effective and long-expected Webix update 2.5! First of all, we can boast of Microsoft Edge support. Despite this new browser for Windows 10 hasn’t been released yet, Webix widgets already support it. Secondly, we’ve improved our complex widgets such as Pivot and Kanban as well as added an opportunity to block time in Calendar widget. And the final traditional update is bugs fixing.

If you are too busy to read the whole post, you can download a new library version here.

Since the version 2.5, Webix supports Microsoft Edge, which is a default browser for upcoming Windows 10. Microsoft has announced that it would have plenty of JS improvements over IE11 and similar performance to Chrome and Firefox browsers. 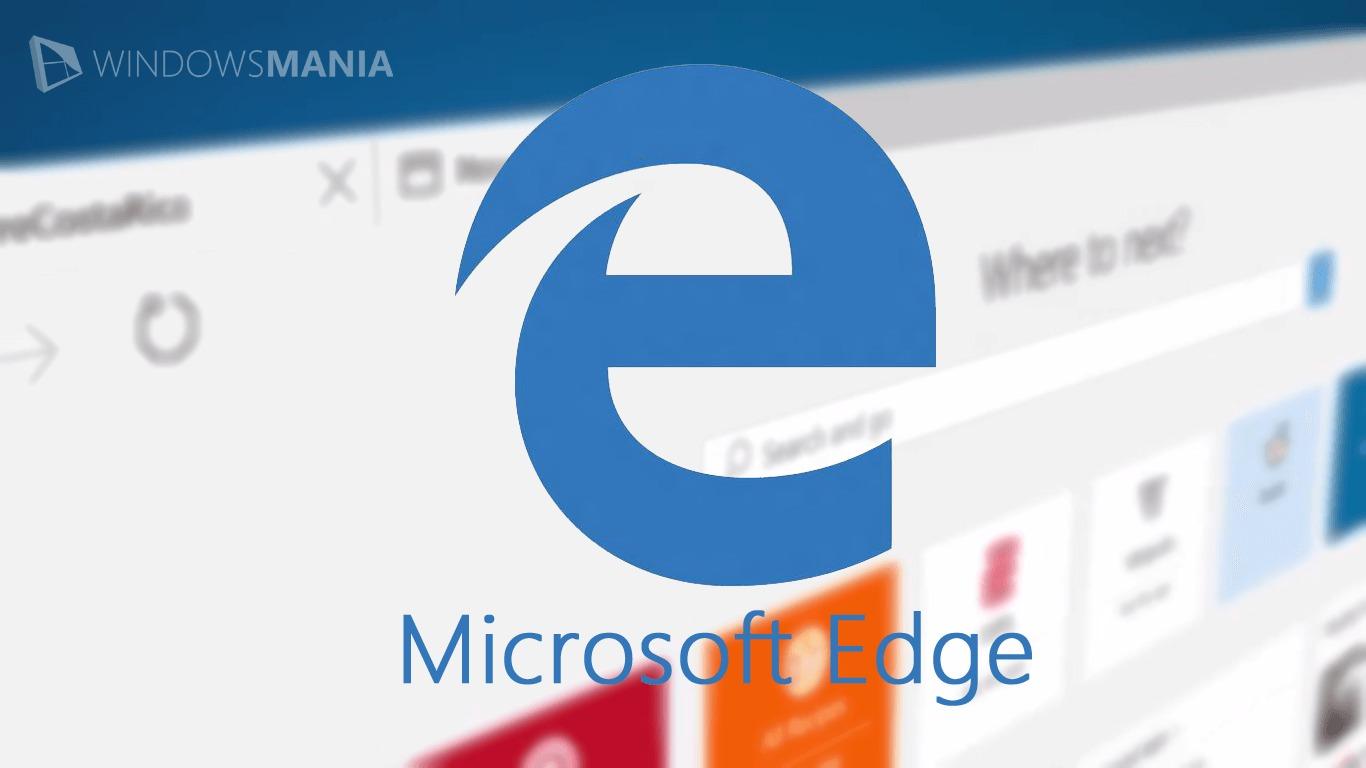 Webix is MS edge ready, which means that your web apps will run flawlessly across a new cutting edge browser as soon as it is officially released (on July, 29).

END_OF_DOCUMENT_TOKEN_TO_BE_REPLACED

This year a hard-working Webix team has released a new Material skin which was developed under the impression of Google Material Design. Your web apps built with the use of a new skin will look cleaner and clearer, which will allow your end users to concentrate on the main functionality of an application. Moreover, due to the responsive behaviour of Webix material skin your final app will operate perfectly and look good on a wide range of devices.

END_OF_DOCUMENT_TOKEN_TO_BE_REPLACED

During the process of web development it’s highly important to organize the workflow and keep in touch with all members of the team. There are useful tools that allow visualizing all the stages of work and keeping track of each participant’s current workload. One of such tools is a popular Kanban board. It helps to control work processes and maintain steady progress, as you can see what stage of the project should be speeded up and which one is overloaded.

JavaScript Kanban Board is a great widget that can be used for creating powerful apps intended for managing the development process.

In this article we’ll describe the stages of creating a basic Kanban Board with the Webix library. Tasks on the board will be supplemented with tags, images and personal avatars for tasks’ assignees. There will be icons that allow opening a form for editing tasks. Besides, you’ll learn how to customize the styling of the board. 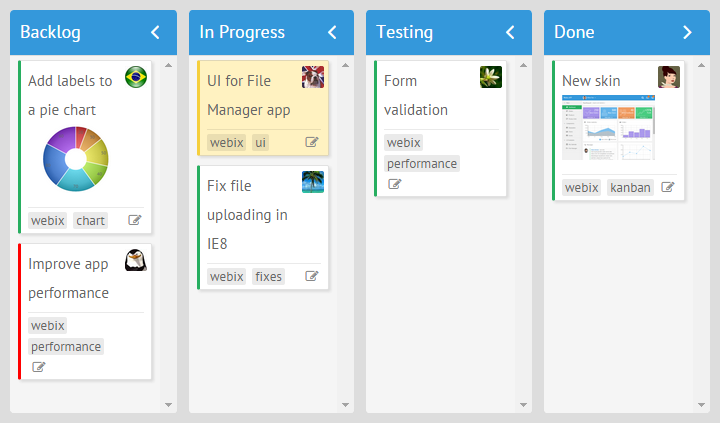 You can check the live demo of the ready Kanban Board.

END_OF_DOCUMENT_TOKEN_TO_BE_REPLACED

With the increase in using web applications, the need for a widget that allows working with hierarchical data becomes primary. A web-based file manager is a good solution for managing such type of data within any modern web browser.

Today we are glad to present you a new Webix widget intended for organizing your data in the Internet – JavaScript File Manager. It is a JavaScript and HTML5 component that allows you to manage hierarchical data, e.g. files and folders. 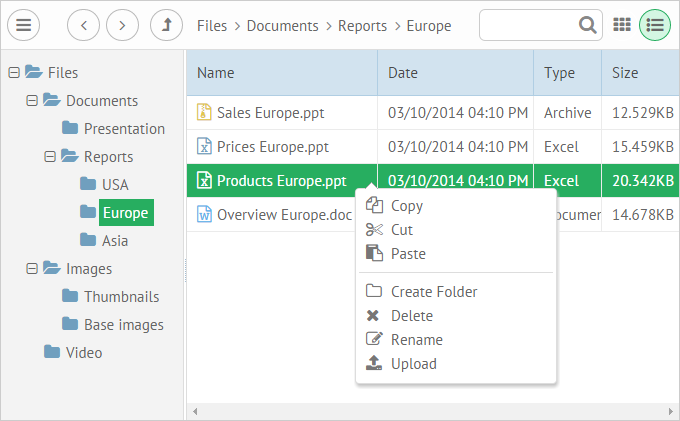