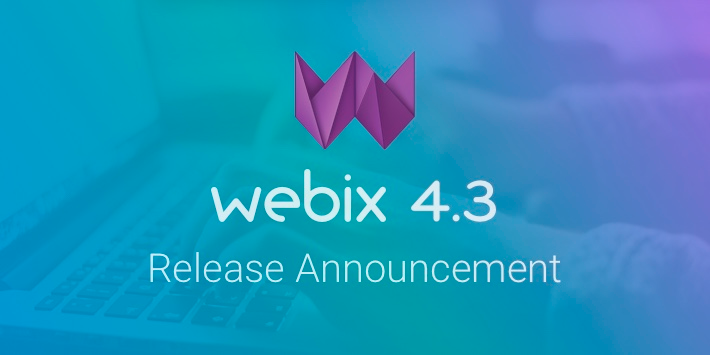 The 24th International Forum on Telecommunications, Information and Bank Technologies “TIBO-2017” is held in Minsk on April 18-21, 2017. During one of the largest IT exhibitions in Baltic and CIS region the release of Webix 4.3 Javascript UI framework was announced. Let’s have a look at the new features.

In addition to jQuery, Angular, Vue.js integration, Webix 4.3 can be integrated with React JavaScript library. React is a JavaScript library for building UI based on declarative paradigm as well as Webix UI library.

However, before using Webix for almost all the UI in the application, it is vital to check Webix jet which is a micro-framework used to build Webix-based apps. As it is native to the library it helps in managing the development stages in the most natural way.

Thanks to the integration, you can take all the advantages of the Webix library and create UI in a faster and easier way.

New release comes with the new type of widget which is aimed at replacing less informative and large gauges and diagrams on dashboards. Laconic Bullet graph gives you an opportunity to:

This kind of graph was firstly described 10 years ago by Stephen Few, one of the world’s leading experts in the field of business analysis and data representation.

DoubleList control is used for advanced selection of elements. Possible and selected values are displayed in two lists. Values can be selected in several ways:

With the new Form Input control, you can use any Webix widgets as form controls. Now you can easily add a grid, a text editor or even a chart to the form. 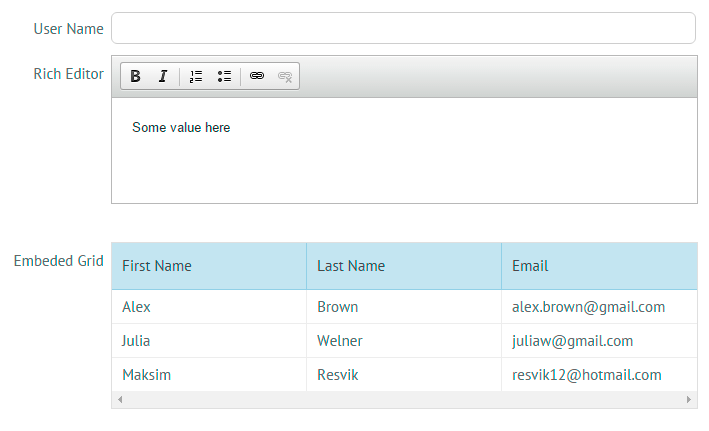 The new release will be available for download on April 26, 2017.

Webix 9.1: Sharing files in Chat and more math for Spreadsheet