L.M. Montgomery once said: “I’m so glad I live in a world where there are Octobers.”. We cannot but agree, and she didn’t even know that Autumns are special not only for their beauty and blue vibes but also for Webix annual grand releases. The 9.0 brings you rethought Pivot widget, long awaited UX and API updates for Diagram and its Editor, separate working calendars for resources and UTC support in Gantt, minor updates for Spreadsheet and Core. Let’s proceed to the details.

All things new are well-forgotten old. That is true for Pivot that has been totally revamped though the very idea of it remained intact. 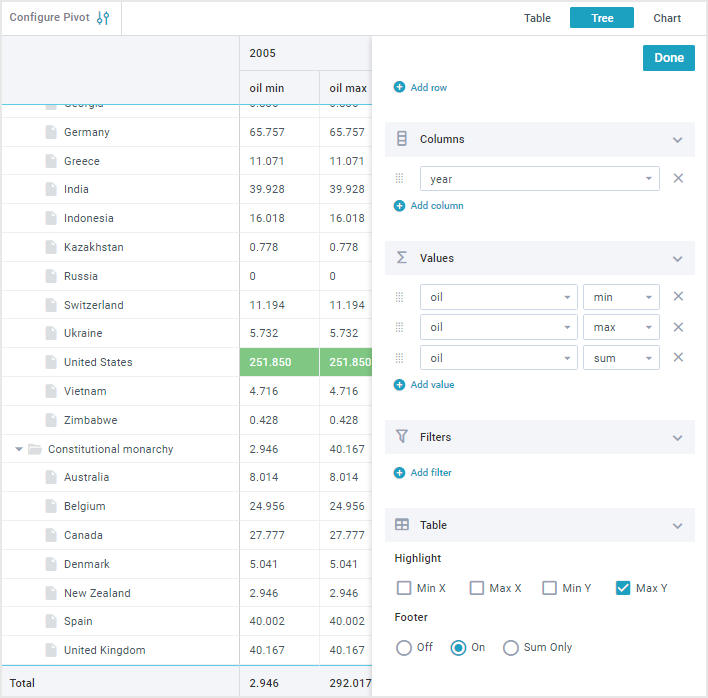 In comparison with the previous Pivot, the new one has: 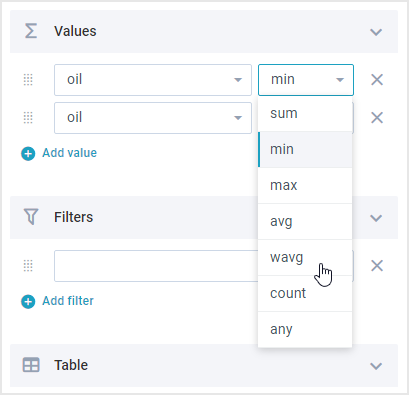 Please note, that if you have applications that use previous versions of Pivot, do not update to the newer version right away as it is most likely to cause unexpected behavior in your projects. Pivot 9.0 has a different API, logic, and architecture.

Older Pivot will be still available but will not be developed anymore except critical bug fixes.

Right from its origin and with every passing release Diagram and its Editor keep getting better and 9.0 is not an exception. Updates include pleasant UI/UX improvements and upgraded API to work with shapes and links.

Ability to rotate blocks in the editor workspace

Till this day users could only rotate blocks via a dedicated form. Now they can do it within the workspace! There is a special handle next to a block. During rotation users can see the angle the block is currently at.

Moving links in the editor workspace

Links used to be more conservative elements when it comes to moving things around. However, this is no longer the case. From now on users can drag links in any direction, change their source and destination points as well as adjust their angles manually.

New API for working with shapes and links

Upgrades that the new version brings are not limited to the UI. We’ve also added a couple of useful features to simplify the development process:

And we made the shape definition process more flexible. It forced us to make a small breaking change but it was worth it. By the way, here are a couple of lines on how to migrate to 9.0 painlessly.

Gantt received a couple of pleasant updates and now can:

Resource management in Gantt leaped further. Users can now define working calendars for each resource individually. It can be useful when some resources (e.g. workers) have irregular working days and days off.

Spreadsheet is improved with a couple of minor yet useful updates.

Conditional formatting took a step forward and starting from version 9.0, you can create as many conditions as your project requires.

You can now define behaviour of the empty cells during export, namely stub them. A stubbed cell is a cell that is truly empty. When a cell is empty but not stubbed it keeps occupying its space. On the contrary, when a cell is stubbed it is completely blank and gets overflowed by the closest cell value.

Look at the votes column on both pictures, it’s empty though behaves differently: 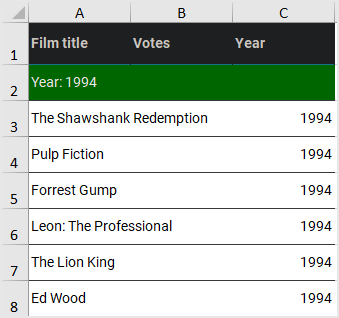 Empty, but not stubbed cells 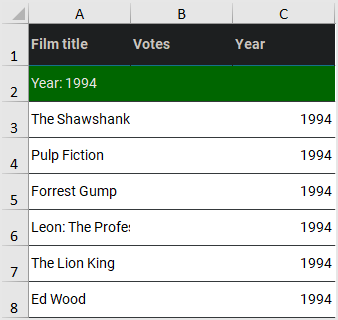 The set of predefined math formulas is extended with more than 100 new formulas. You can check them out in our samples gallery.

Webix 9.0 has brought several minor enhancements for the library core.

Users can now mask and unmask values in the password fields in Property sheet and inputs in Datatable via a dedicated icon.

The point is the same as in the case with Spreadsheet. You can now stub empty cells during widget exporting to Excel.

API for parsing and loading data can now automatically clear the previous data before populating the widget with the new.

For more information on Webix 9.0 features and updates, go to the What’s new page. To get the library itself, upgrade via npm, Client area or click the big purple button to download the library.

Although the so-called sere and yellow leaf season is quite often associated with the end of something, in our case it is also about the beginning, as another page of the Webix library was turned.