We are happy to announce the first release of our powerful JavaScript UI library called Webix. It is extremely small (about 90 kb gzipped) and incredibly fast. This app development library allows you to build cutting-edge HTML5-based web apps that will run on any desktop and/or mobile device.

If you want to skip reading about all the Webix library features, you can download the free version of Webix right now.

What makes Webix to stand out from other JavaScript toolkits?

Webix will hit you with a large number of UI widgets, ranging from the very simple ones, such as a menu or combo, to a powerful and feature-rich JavaScript data grid. The library includes everything you need to build complex web interfaces in just a matter of hours.

Webix provides developers with great opportunities for improving functionality. Due to the detailed API Documentation, they can significantly extend preexisting components as well as create new ones from scratch.

Webix DataTable processes large volumes of data with the speed of a desktop app. According to the speed tests conducted by XB Software, a DataTable with 1,000 rows and columns can load ten times faster than other JavaScript libraries’ grids.

Developers working with large datasets can load data dynamically, which frees the server from unnecessary operations. The number of loaded records and polling intervals are also controllable.

The library supports both external and internal dnd operations of a widget’s items. Moreover, developers can easily customize drags and drops operations according to their preferences.

Integration with jQuery and Backbone.js

Integration with jQuery enables you to create Webix widgets using familiar jQuery syntax. You can easily use Webix on your pages next to jQuery without worrying about any conflicts between the two libraries.

Webix also offers built-in integration with the popular MVC framework Backbone.js, which frees you from tying data to the DOM and simplifies communication with the server. 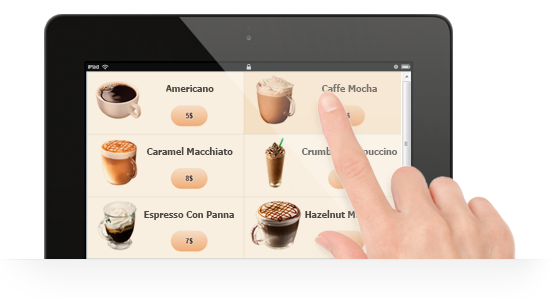 The appearance of all Webix widgets is fully defined with CSS, making it lightweight and easy-to-edit. The code is clear and practically all the options can be changed without affecting a widget’s functionality.

One more feature which will be necessary until the whole planet is covered with wireless network is offline support. With this feature enabled, all the changes made in apps will be saved in cache and synchronized with app servers during the next Internet connection.

Webix server-side integration is rather simple. Widgets can load data from server-side scripts and save said data. The library is effortlessly used with all common server-side languages like PHP, Java, .Net, Ruby etc. It operates particularly well with the following MVC frameworks: RoR, .Net MVC, Spring, Struts and Grails.

The commercial license can be used in an unlimited number of projects or websites. Developers are allowed to buy licenses and support plans separately or choose thoroughly made Team and Enterprise packages.

In addition to all these great features listed above, Webix provides a well-documented and coherent API that’s easy to learn by a developer of any level. See the full list of features.

Try the Webix library right now and let us know what you think! We are still in development and appreciate your feedback and ideas for future updates. If you like Webix, spread the love and share it with your friends.